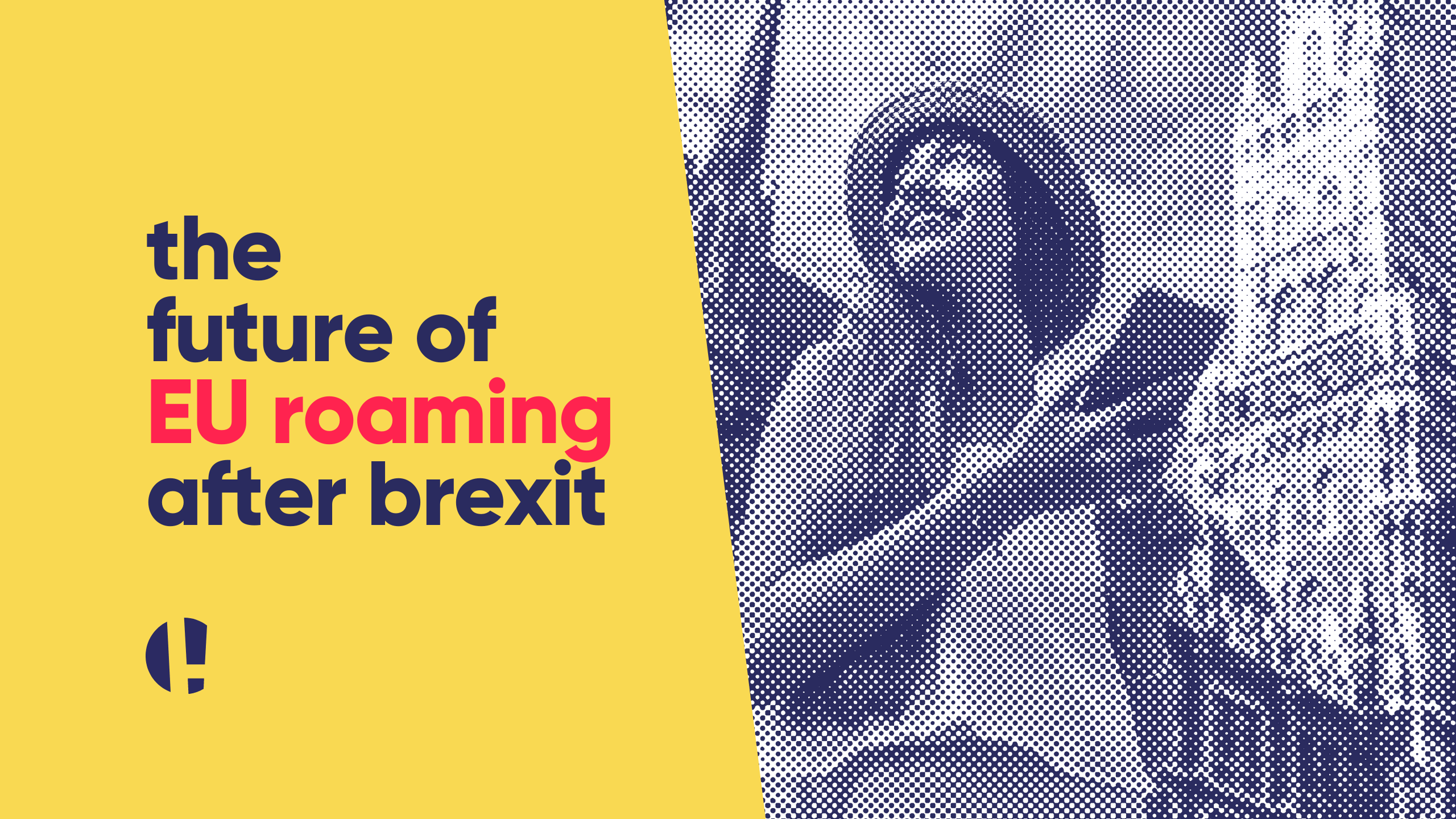 the future of EU roaming after brexit

Are we taking a step back towards the bad old days of huge roaming fees? You might have heard about EE, Vodafone and Three’s recent decisions to reintroduce EU roaming charges. This is a change in terms and conditions post-Brexit despite promises from all four major networks in January that they wouldn’t reintroduce charges.

But what does it mean for you? How is EU roaming changing? And which networks are charging what?

what is EU roaming?

In 2017 the European Union introduced ‘Roam Like at Home’, or EU roaming. Before that it was really expensive to use your phone in the EU. But on 15th June 2017 roaming charges were removed. This let people with an EU SIM use their phone as they normally would at home when traveling in any other EU country.

EU roaming means your calls, texts and data are charged at the same price as calls, texts and data in your home country. You won’t be charged extra to use your UK allowance. The same rule also applies to any calls or text messages your receive whilst you’re in an EU country – you aren’t charged extra to receive calls or texts while roaming, even if the person calling you is using a different network provider.

are there extra data limits when roaming in the EU?

All the mobile networks have a ‘fair usage policy’ – which can limit how much data you’re able to use when in the EU. This means that even though you might be on an unlimited plan, you might only be able to use a smaller amount of data when traveling.

Each network is allowed to make their own rules (to a certain extent), so make sure you check your network rules before travelling! Whenever you cross a border within the EU, you should get a text from them letting you know you’re roaming and reminding you of their fair usage policy.

When roaming in the EU with Honest, you can use a maximum of 20GB of data each month. This only affects you if you’re on a plan with 40GB or more of data. You can roam for free for a maximum of 2 months – after this you’ll have additional charges.

Being a member of the EU meant all UK customers could use their phones in the EU like they were at home. But since January 2021, UK networks have been allowed to reintroduce roaming charges because the UK’s Brexit trade deal with the EU, signed at the end of 2020, didn’t rule them out. The UK’s trade deal with the EU said that it would encourage networks to have “transparent and reasonable rates” for roaming.

The UK government has passed some laws to safeguard consumers. Such as a £45 limit on how much customers can be billed for using mobile data in the EU before having to opt in to carry on using it. Networks also now have to let customers know when they’ve reached 80% and 100% of their data allowance. And they have to take “reasonable steps” to stop customers being charged for accidental roaming in Northern Ireland. (This could happen if a phone accidentally connects to signal in the Republic of Ireland.)

what networks are charging what?

At Honest EU roaming will still be free and our fair usage policy is also staying the same which means you can use up to 20GB per month while roaming in the EU.

Vodafone has since followed EE’s lead, and is the second network to go back on its pledge of not bringing back EU roaming charges after Brexit. From January 2022, Vodafone customers will be charged a minimum of £1 per day for EU roaming on several of their plans.

Three is to start charging customers roaming fees of £2/day to use their monthly allowance in Europe from 23 May 2022.

O2 says it’s not reintroducing roaming charges, but is introducing a fair use cap on roaming data across Europe of 25GB, effective August 2, 2021. Any data beyond that 25GB limit will be charged at £3.50 per GB.

how do I switch to a network with free EU roaming?

If you travel a lot and want to go with a network that won’t be charging for EU roaming, then take a look at our plans – all our plans have free EU roaming. At Honest, we’re a B Corp, carbon negative, Living Wage Employer and the UK’s most ethical mobile network (yes, officially according to Good Shopping Guide) – basically we always look to do right by our members and we’d love to have you onboard 😊

will other companies end up charging customers more?

Without the EU laws charges depend on deals between mobile networks in the UK and EU – so it’s up to each individual network.

is my data limited when in the EU?

Mobile networks usually have a ‘fair usage policy’ to make sure all roaming customers have access to and benefit from the “roam like at home” rules (i.e. roaming services at domestic prices) when travelling in the EU. This means that your mobile operator may apply fair, reasonable and proportionate control mechanisms to avoid customers abusing the rules.

am I automatically allowed to roam in the EU for free, or do I have to do something to activate it?

You don’t need to do anything to set it up. Your network should automatically give you access to EU roaming if they offer it.

my contract includes 4GB of data. Can I use all of this when I’m in the EU?

Unless your mobile operator has explicitly told you that you have a roaming data limit (check their fair usage policy), you can use the full amount of data in your plan in another EU country.

No, not necessarily. Different networks have different roaming partners so you may not get access to all the networks that operate in the country that you’re visiting.