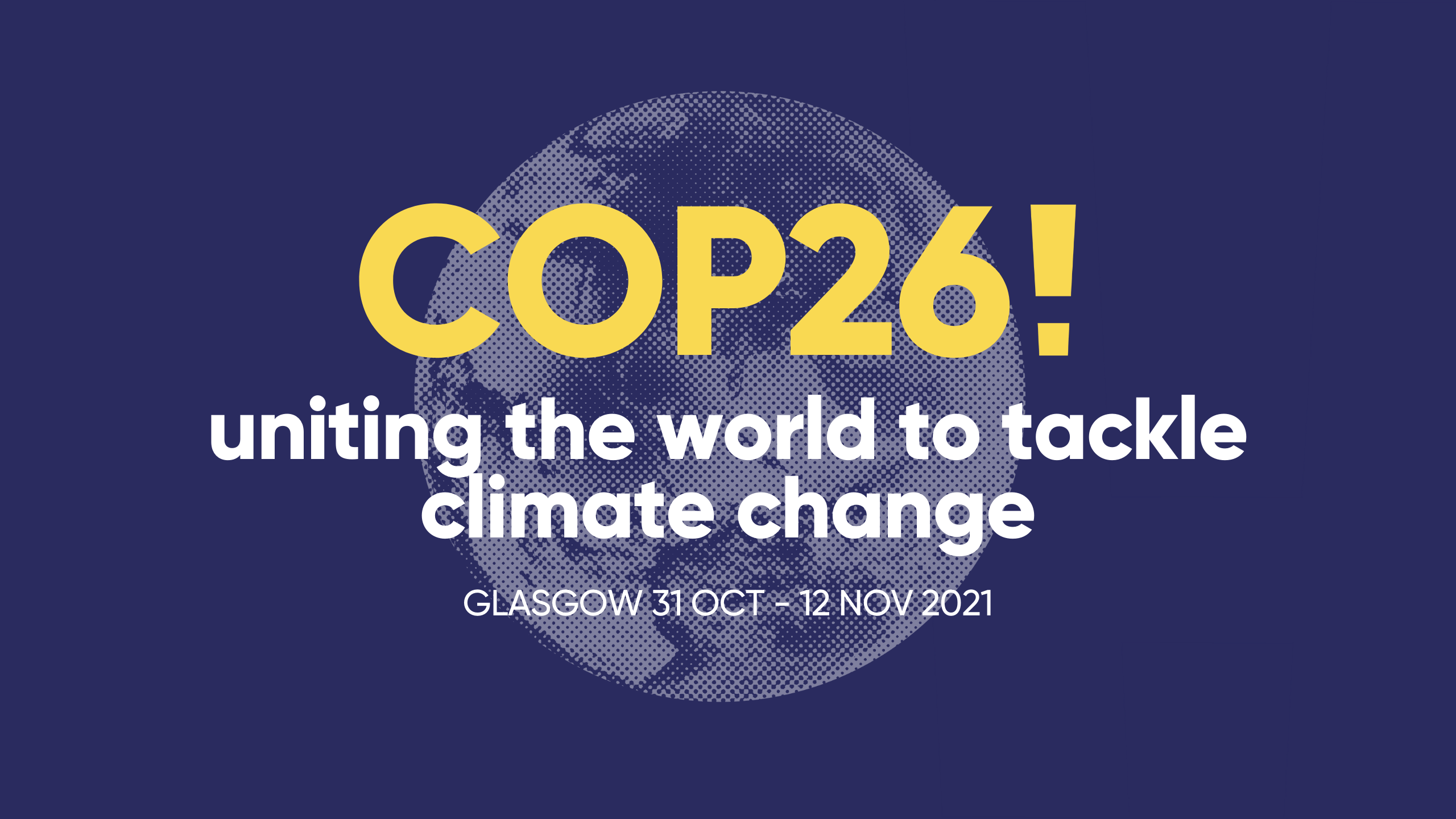 what is COP26 and why is it important?

COP26. It’s a term that’s used quite a lot at the moment. It’s in the news, it’s at work, maybe even your friends have been chatting about it. You might know it’s something to do with climate change or that it’s happening soon, but how many people really know what it means or why it’s important?

Here’s a quick and easy guide breaking down the what, why and where of COP26.

COP26 is a meeting of world leaders to stop the climate crisis.

The UN has been running COPs for nearly 30 years. COPs (short for ‘Conference of the Parties’) are climate meetings. They happen every year. This year is the 26th conference, so it’s called COP26.

The reason they’re called ‘Conference of the Parties’ is because all the countries that attend are party to the UNFCCC (United Nations Framework Convention on Climate Change)  – an international convention with a goal to stop climate change.

So what’s the goal of these meetings? To take steps to keep global warming to 1.5 degrees and get the world on track to reach net-zero as soon as possible. This is done by reviewing the UNFCCC and looking at the progress countries have made so far to stop the climate crisis and to put promises and actions in place to limit the rise in global temperatures to 1.5*C.

Lots of people think this meeting is the world’s last best chance to get climate change under control.

where is COP26 taking place?

Nearly all the countries in the world are signed up to the UNFCCC. Around 200 world leaders and 30,000 delegates will be at COP26 – taking part in discussions and reporting back.

10 reasons why COP26 is important

To stop the worst effects of climate change we need to get countries to set ambitious targets to reach net-zero. Net-zero means reducing and removing all greenhouse gas emissions possible and offsetting any unavoidable emissions. For most countries this will mean:

We need to keep global warming to below 1.5 degrees if we want to avoid the worst of the climate crisis like: droughts, floods, rising sea levels, loss or extinction of species, extreme weather, food scarcity, and damage to the rainforests and sea life.

Some communities have already been forced to move because of rising sea levels and crop failure because of droughts. The agreements reached at COP26 will help protect communities that are experiencing the worst effects of the climate crisis, help them to adapt to climate change and make sure financial support reaches those who need it most.

Forest fires all over the world have shown the devastating impact of climate change on natural habitats with huge amounts of land being destroyed. Securing pledges that help protect this land is a really important goal of COP26.

The countries at COP26 need to provide finance – what is being called climate finance – to reach net-zero and get global warming under control.

Addressing the social, cultural, and economic losses and damage caused by the effects of climate change, both now and in the future, is a key goal of COP26.

For the first time since the Paris Agreement in 2015 the countries that are at COP26 will be told to upgrade the promises they have made on reducing carbon emissions, known as NDCs (nationally determined contributions).

COP26 gives countries the chance to resolve any issues or decisions that weren’t finalised at COP25 in Madrid.

9. the US returns 🇺🇸

The US is rejoining the Paris Agreement after leaving in 2019. President Biden is taking action to tackle climate change.

This applies to both the parties at the conference and the wider public. Finalising the Paris rulebook and speeding up action around climate change, whilst working together as nations is really important to stop the climate crisis. Plus getting greater public engagement on climate action is really important to put pressure on governments and to change daily actions to stop the climate crisis.

Want to read about what it means to be a carbon negative mobile network? Click here.