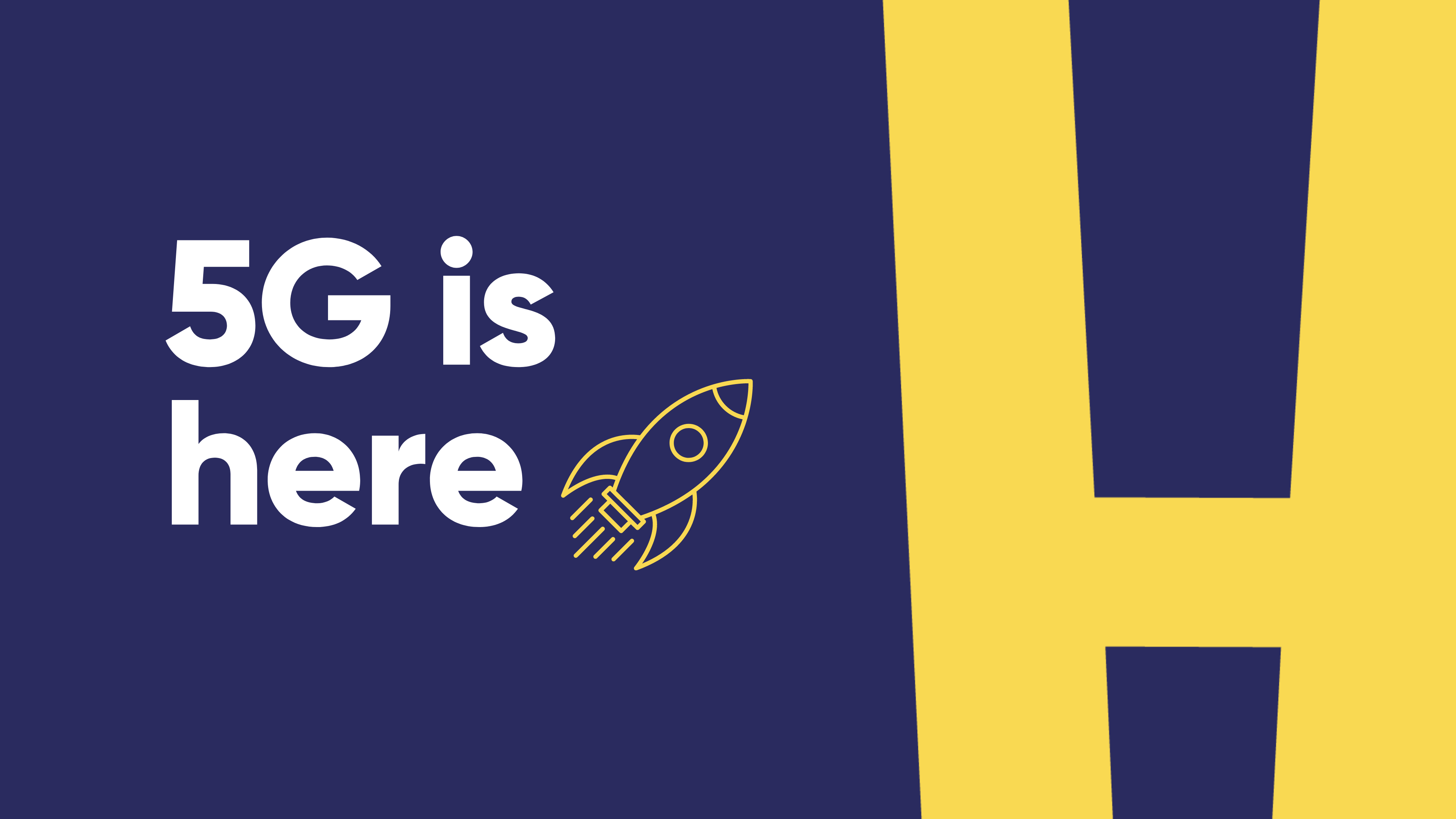 Ready for near instant downloads and a better mobile experience?

All our SIMs are now 5G enabled giving you access to the UK’s fastest 5G. Bring on super-speedy streaming and near-instant downloads! 🏃

5G is the future of mobile data. It means:

why is honest’s 5G the fastest?

We chose to piggyback on Three because of their incredible 5G offering – they recently won the fastest 5G award from speed testing website OOKLA! Our 5G is super fast as Three have access to more 5G radio waves than any other network in the UK.

4 mobile networks own the masts in the UK. They’re Three, EE, O2 and Vodafone. Honest uses Three’s masts. These networks rent radio waves from the government. Those radio waves are spilt up into 3G, 4G and 5G.

To get the most out of 5G networks need to have a certain number of those waves next to each other – what’s referred to as ‘continuous spectrum’. So the bigger chunks you have, the better your 5G.

Three has 140MHz in one block. None of the other networks even have 100Mhz and each of their blocks is broken up into smaller chunks.

The other networks actually wrote to OFCOM and said it’s not fair how good Three’s 5G is compared to theirs.

Already if you look at where 5G is you can see that Three is three times faster than the other networks.

So how did Three do it? Well they got all this great spectrum because they bought a broadband company with 5G radio before anyone else was even thinking about 5G – Relish broadband.

← we're working with 3keel is your phone bill going up or down this year? →