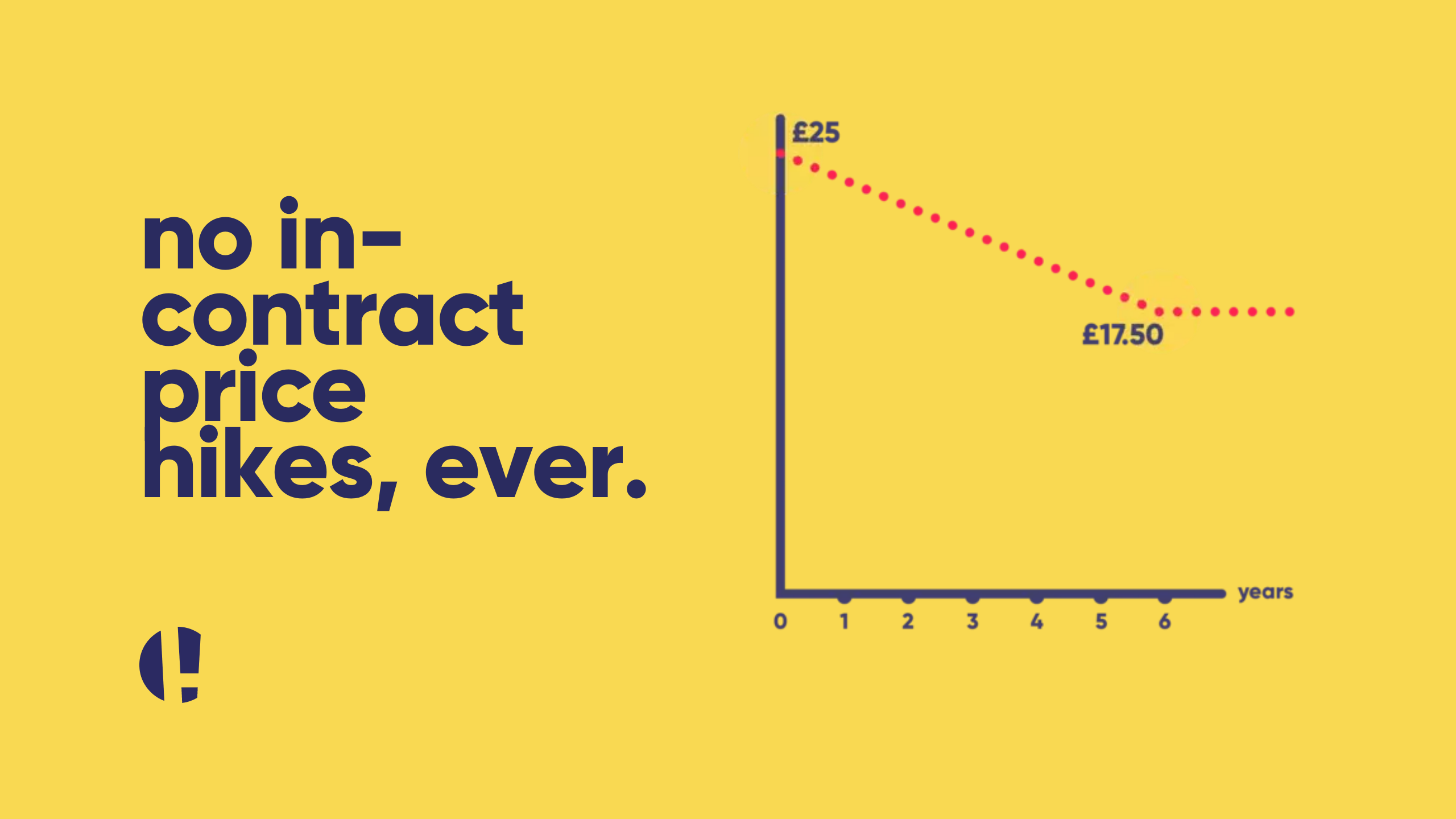 is your phone bill going up or down this year?

It’s the beginning of a new year. A fresh start and a chance to get on top of your finances. If one of your new year’s resolutions is to save money, you’re in the right place.

has your phone bill gone up?

Maybe you’ve taken some time over the holidays to look at your subscriptions, to see where you can make some savings.

But despite your efforts, over the next few months you might notice an increase in one of your bills.

It’s not uncommon. Annual price hikes are the norm for a lot of mobile providers. Increasing your bill mid-contract 📈

But just because it’s the norm, doesn’t mean it’s right.

It’s one of the reasons Andy and Josh started Honest. Unlike the other mobile networks, they decided that loyalty should be rewarded.

time for a change

It’s why we have an awesome loyalty discount.

When you sign up to our annual plan you even get a 10% boost. how much data do you actually use?

But that’s not the only way your network might be getting you to pay more than you need to.

Have you checked whether you’re on the right plan for you?

With most networks pushing their unlimited plans, it often goes unnoticed that most of us use less than 4GB data each month.

Our smart notifications let you know when we think you could be on a cheaper plan.